US Pandemic chief Dr. Anthony Fauci said he disagrees with an article in the medical journal The Lancet that argues there isn’t enough compelling evidence to support giving widespread booster shots of COVID-19 vaccines. 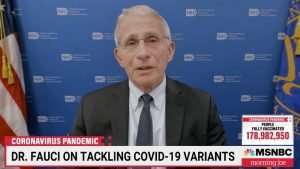 A notable thing about the paper? It was co-authored by two outgoing federal vaccine regulators.

During an interview on MSNBC’s Morning Joe, Fauci called the article “controversial” and said it conflates things that are not supposed to be connected.

Specifically, Fauci said the U.S. can embark on a program of giving booster shots without sacrificing doses needed by the rest of the world.

“You can do both. The way we’re doing in this country, you can have a program to give booster, in this case third shots for people who’ve gotten the two-dose Moderna and Pfizer vaccine, you can get them boosted if you put a considerable amount of resources and effort into getting low and middle income people vaccinated. And that’s exactly what we’re doing,” Fauci said.

Booster drama: The Biden administration is pushing for boosters to be widely available to all Americans beginning Sept. 20, pending approval or authorization from federal health agencies, and is trying to rally behind a consistent message across all agencies.

The administration, and Pfizer, will present evidence at an FDA advisory committee on Friday.

Good data? Fauci, like other administration health officials, has hinted that the data from Israel, which has been administering third doses for a few months, is compelling.

EU pledges an additional 200m vaccine doses to other countries

The European Union is donating an additional 200m vaccine doses to other countries in a bid to speed up global immunisation.

EU chief executive Ursula von der Leyen has pledged to add to the 250m doses already promised with a further 200m doses by the middle of next year, reports Reuters.

“Our first and most urgent priority is to speed up global vaccination,” she told the European Parliament in Strasbourg.

“We have already committed to share 250m doses of vaccine. I can announce today that our mission will add a new donation of another 200m doses until the middle of next year.”

The US is pushing for global leaders to support a target to get 70% of the world’s population vaccinated against Covid by 2022 in a bid to end the pandemic.

According to a draft US document addressed to attendees of a virtual summit planned for the sidelines of the UN General Assembly, seen by Reuters, countries with “relevant capabilities” are asked to donate an additional billion vaccine doses and speed up delivery of the 2bn already promised.

White House deputy press secretary, Karine Jean-Pierre, has confirmed the 70% vaccination target, but did not give further details. The New York Times reports that summit invitations to world leaders were sent last week.

The document reportedly calls for richer countries to ensure at least $3bn to be made available this year and $7bn next year to fund vaccine readiness and to target vaccine hesitancy. Other targets include making sure that at least one in 1,000 people are tested each week before the end of this year.

Abdulla Shahid, president of the 76th session of the United Nations General Assembly, at the event’s opening on Tuesday. Photograph: Xinhua/REX/Shutterstock

Rap star Nicki Minaj is under scrutiny from many critics for tweeting about her decision not to get the COVID-19 vaccine, and for promoting an unsubstantiated story to her millions of followers. 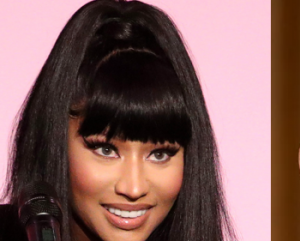 “She should be thinking twice about propagating information that really has no basis as except a one-off anecdote,” White House chief medical adviser Anthony Fauci told CNN’s Jake Tapper. “That’s not what science is all about.”

At least one global leader has been asked about the controversy: British Prime Minister Boris Johnson. Johnson said he is not “as familiar … as I probably should be” with the rapper and added he’s much more familiar with “superstar” Nikki Kanani, England’s top doctor.